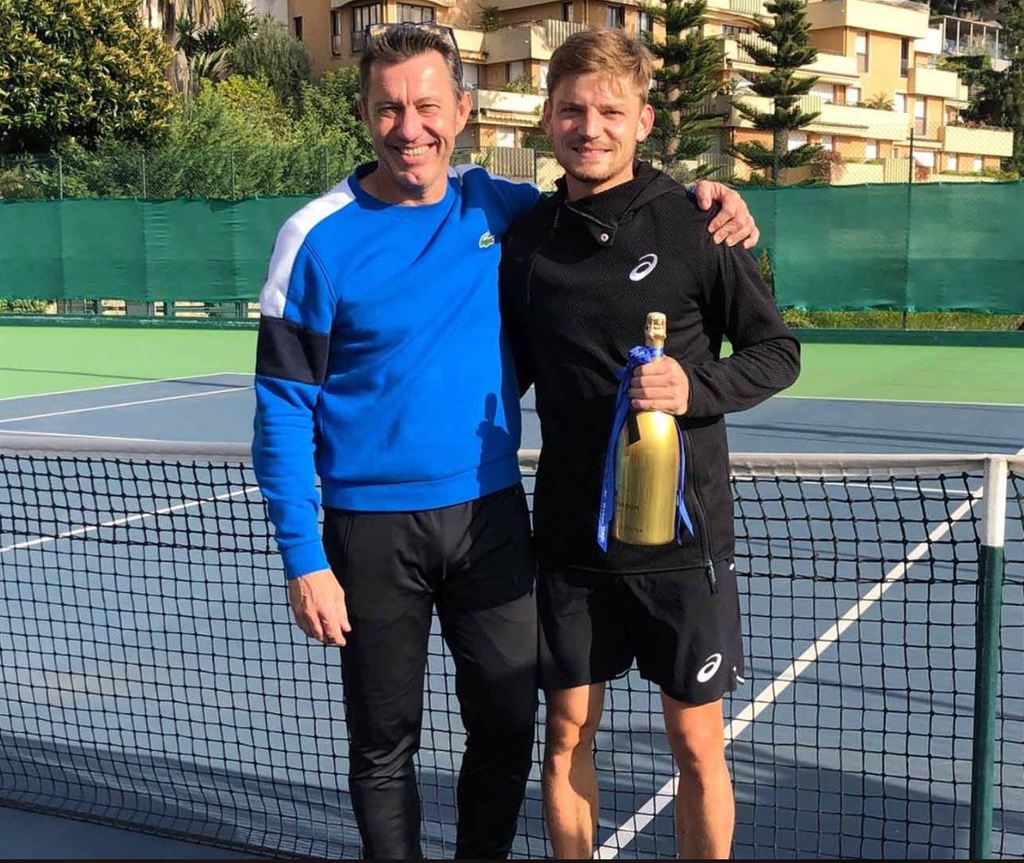 Disclaimer: This post is an RSS Feed from http://atpworldtour.com.

David Goffin is hard at work in Monte-Carlo, preparing for the 2019 season. But on Friday, the Belgian got a special surprise after practice.

ATP and the Monte-Carlo Country Club celebrated Goffin’s 28th birthday during the ATP Training Camp at the facility, as chefs from the club prepared racquet and tennis ball-shaped cakes to be presented by various staff including Rolex Monte-Carlo Masters Tournament Director Zeljko Franulovic.

Stan Wawrinka, Tomas Berdych and Monaco’s Romain Arneodo paused training to join in the celebration. Goffin was also given a Moet & Chandon Magnum to commemorate the day.

Now, it will be back to work for the 2017 Nitto ATP Finals runner-up. Goffin is well into his offseason training, posting videos on his social media accounts showing him rock climbing in the local mountains, stretching while suspended in midair, ziplining, and doing conditioning work at Club 39 and Stade Louis II.

In 2019, Goffin will try to finish inside the Top 25 of the ATP Rankings for the sixth consecutive year. The World No. 22 last competed in Shenzhen due to a bone edema.